This article appeared in the Tygerburger on 23 July 2003.

The buzzword paradigm shift is used to describe anything from handling post-apartheid prejudices, to improving one’s self-esteem. It can also be applied to man’s best friend.

Applied animal behaviourist, dog trainer and associate consultant to the Cape Animal Behaviour Centre, Mrs Claire Grobbelaar, knows how to modify behavioural, physical and emotional problems in people’s pets. She uses a technique known as Tellington Touch (TTouch), based on co-operation and understanding of animals without using force, fear or pain.

As an animal grows up, habitual patterns are laid down between certain brain cells and muscles, These patterns, at times unacceptable to owners, are usually response to tension, frustration, fear or pain,andquot; she explains.

Doing body work and non-habitual movements can create a new awareness and release tension. New choices become possible, adding a new ability to learn coupled with an enhanced understanding by the owner of his or her dog. This in turn enhances the pet’s trust in the owner.andquot;

Grobbelaar believes TTouch can be applied for behavioural problems ranging from chewing, car sickness and jumping up to aggression and separation distress.

She personally experienced in-house aggression between her two spayed female German shepherds. After two and a half months the two andquot;bitchyandquot; females were successfully re-introduced by implementing TTouch combined with other modification protocols.

Now, ten months later, there has been no fighting only the normal competitive interaction between them. What is most important is that both of them have learned how to behave in a different way in a situation that would previously have caused a fight.andquot;

In another case, a border collie, Tom, adopted at the age of one, would not allow his owner to touch him apart from on his neck and shoulders. If he had a tick that had to be removed, a vet had to do it. After five TTouch bodywork and groundwork sessions (and a very dedicated and compliant owner) he is now affectionate and seeks out physical contact.

Virtual on-line sessions are provided over live video chat in real time in the comfort of your home. Regardless of where you live, I can help you.

Getting a puppy can be the most exciting thing to do, but there are many factors to consider beforehand.

The dog’s world consists of yellows, blues, and grays. When a human perceives a red object it appears as yellow to the dog, while a green object appears as white or a shade of gray. 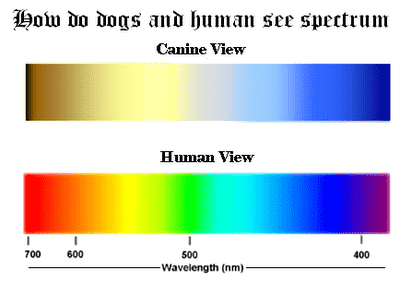